Lightning strike risks in outdoor sports events. How can accidents be prevented? 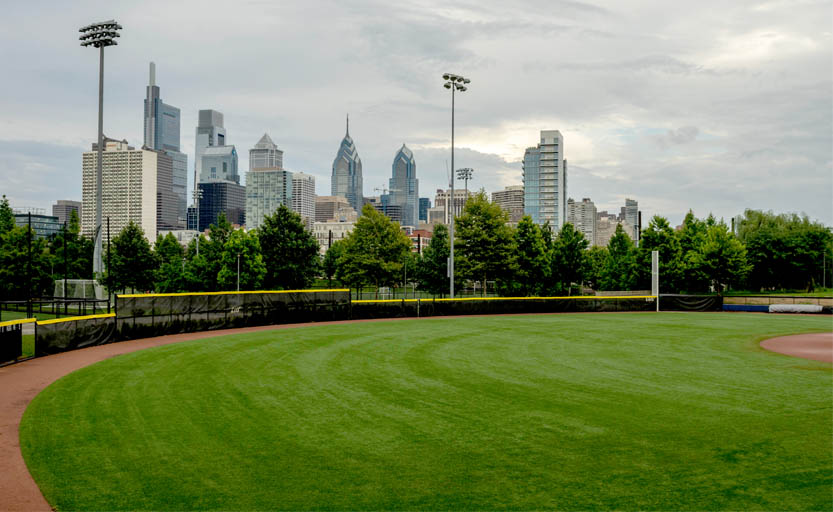 A lightning strike is a natural event which significantly affects all outdoor activities and can pose a risk if the right preventive measures are not considered.

The data obtained by different institutions corroborates the high frequency of lightning strikes in sports events. According to the information gathered between 2006 and 2013 by The United States meteorological service (NOOA), 14% of deaths caused by lightning strikes happened during outdoor sports and leisure activities.

Along the same lines, The National Institute of Lightning Safety of USA (NLSI) insists that the meteorological phenomenon which affects outdoor sports events the most is the lightning strike.

There is often news in the media reporting different kinds of sports matches or events which have been suspended or delayed due to the risk of lightning strikes caused by thunderstorms in the area where the event was being held. In fact, we have recently witnessed the longest American football game in history as a result of the continued delays produced by the interruptions in the competition between Dolphins and Titans.

Lightning bolts pose a serious risk for people in open areas and it is necessary to take preventive actions so no one gets hurt. These measures are taken with the aim to ensure the security of athletes and fans.

It is important in all cases to make the population aware of the risks lightning can pose for safety as well as how to avoid being exposed to them.

Standards about lightning in events and sports activities

Every sport or organizing institution has its own standards for lightning protection since they generally do not share a common framework. In many cases, there is not a specific standard which includes a particular protocol in case there is risk of a lightning strike, which puts people in danger.

Next we will detail some associations or kind of sports events which are affected by the presence of lightning strikes in open areas.

The NCAA (The National Collegiate Athletic Association) is one of the sports associations with a specific standard for lightning protection. According to its internal regulation, a game should be suspended until the risk of lightning strike disappears within a radius of 8 miles of the stadium. If this situation occurs, a preventive time of 30 minutes since the last lightning strike in the area will be provided.

However, this standard is based on the 30/30 rule. As explained in the last article, the 30/30 rule is not really effective and it poses safety risks.

The NAIA (National Association of Intercollegiate Athletics) has a similar standard and as in the NCAA, it is recommendable to assign a person as the responsible for the meteorological security at events. For the person in this position it could be really helpful to count on a lightning warning system, also known as storm detection system, instead of making visual and hearing verifications and monitoring local weather forecasts.

Action protocol in case of thunderstorm risk in golf.

Golf is one of the sports with the largest open air playing areas. Because of the risk this involves, it is astonishing to find there are not specific standards about lightning protection.

Following the golf rules recommendations, we would like to remark that every golf course should have a lightning detection system.

Although some standards such as NCAA indicate the possibility of using lightning detectors for the decision-making, in no case these standards specify the features of the devices or the information time provided for the alerts to ensure security. Consequently, there is an absence of a reliable detection system.

NFL (National Football League) of The United States: Standards about lightning in the field for an emergency situation.

The American Football League of the USA (NFL) includes in its standards a special section for emergency situations which justifies a possible cancellation or delay of a match. Lightning is one of the climate events which represents a real threat during an American football game and therefore is a reason to stop the game as the document indicates.

The Commissioner will be responsible for deciding when the match will be stopped and when it will be safe to restart it. However, the standard does not indicate anything about the procedures used to make decisions about lightning protection in stadiums.

FIFA has its own safety standards for stadiums. This document considers the risk of lightning strike in section 9 which is dedicated to contingency plans in stadiums. Section 9 explains that the person responsible for the security in the stadium will be in charge of deciding in which cases the game will be stopped or cancelled, being weather conditions one of the possible reasons to do so.

Other football associations such as the Canadian Soccer Association have its own specific standards for safety and prevention in case of lightning. In this case, the CSA document correctly warns about the fact that the absence of rain and a blue sky does not mean there is no risk of lightning. Nevertheless, the CSA recommends the use of the 30/30 rule as a preventive measure, and as we already mentioned, this rule has important risks involved.

It is recommended to apply the necessary preventive and protection systems in order to avoid any unnecessary risk. The aim of these preventive measures is to avoid accidents such as the one happened in Dominican Republic of Congo during the Bena Tshadi and Basang match.

Risk of lightning strikes in motorcycling.

Every motorcycling competition has its own competition standards. In the case of MotoGP, these standards do not have an action plan in case of thunderstorms, but it is true that some races have been stopped when risk of lightning strike has been detected. Even some circuits have its own ATSTORM® storm detector to guarantee the security both in circuits and stands.

Sometimes it is the country standard the one demanding to suspend the race in case of thunderstorm and the management board of the race will be responsible to evacuate drivers, corner workers and spectators.

In all cases, lightning near the track is more than enough for the management board to raise the red flag. This decision is made to protect drivers, corner workers and the cameramen who are using electronic equipment in high areas.

The risk of lightning strikes is one of the concerns for security managers in circuits and stadiums. They have to consider the difficulties to stop a competition and the risks they expose themselves to if they do not.

But, do circuits and stadiums have appropriate devices which alert when there is risk of lightning?

It is important to remember that a clear sky does not always mean an absence of lightning bolts. The only reliable way to evaluate the risk of lightning strikes is having a lightning detector equipped with an electrostatic sensor with the capacity to record field increases in real time.

A thunderstorm detection system should be part of the security and emergency plans and protocols. To base the security decisions in the appearance of the sky or in the 30/30 rule implies a high risk.

In Aplicaciones Tecnológicas we offer advice to provide the best solution based on the needs of each client. You can get information without compromise.