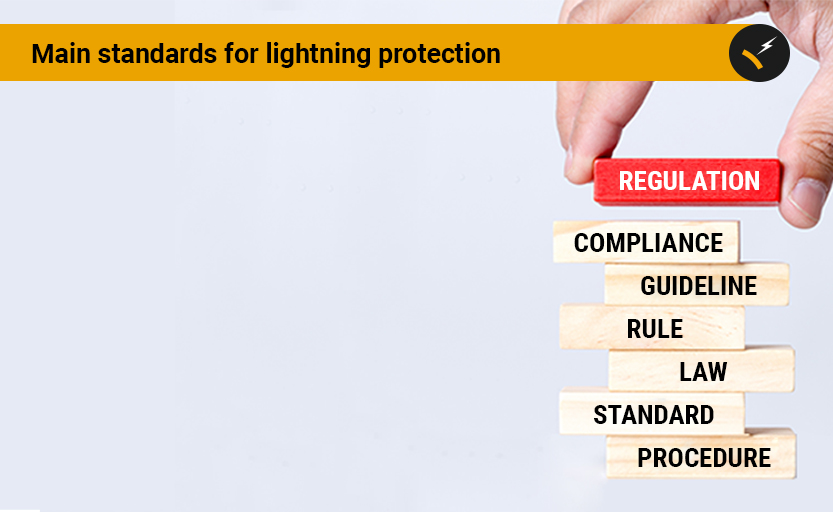 Several standards establish the requirements for lightning and surge protection systems. Below, we summarize the most relevant:

European countries have adopted this standard, but other national standards exist, which also give the requirements for installing a lightning protection system with Franklin rods and meshed conductors, i.e NFPA 780 (US); J-549-ANCE-2005 (Mexico), NBR5419 (Brazil), …

In many countries there are laws or codes in specific areas that include also requirements about lightning protection. For example, in Spain the following documents apply: