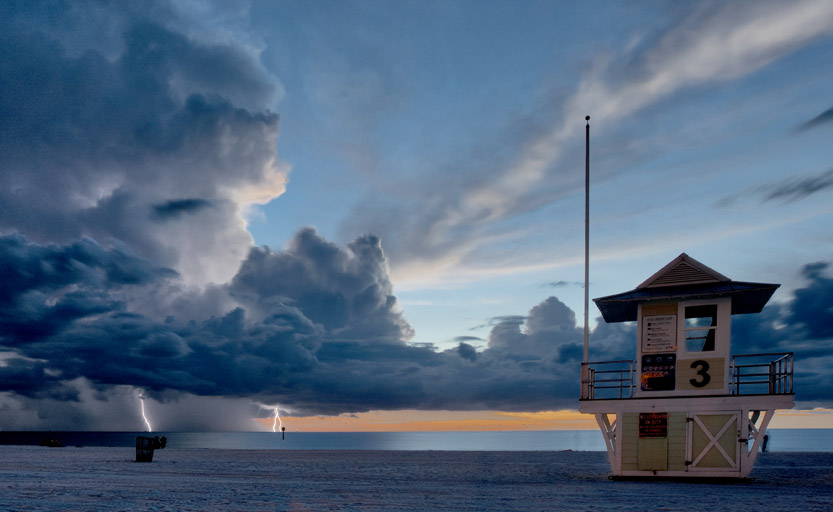 In terms of protection against lightning and prevention measures, the 30/30 rule as it is commonly known, is a household measure to protect against lightning strikes. In fact, you wouldn’t have any problem finding information related to the matter with very little research.

Before we start explaining why the 30/30 rule has risks involved and why it is not actually reliable, we would like to clarify first some concepts about what this rule is about and in which ideas this popular belief is based.

The 30/30 rule is a recommendation to prevent the risk of a lightning strike during a thunderstorm that tells us when it´s time to look for refuge and when the danger is over.

This rule is based on the Flash-to-bang method, which sustains that if the time between we see a lightning bolt and we hear a thunder is less than 30 seconds that means the thunderstorm it´s closer than 10 km (6 miles) and the danger is coming.

According to this rule, it is recommended to stay protected inside of a building or a vehicle during the following 30 minutes after last thunder is heard. ¿Does this mean that in the 31st  minute after the last lightning strike we are out of danger? If instead of counting 30 seconds we count 31, ¿does this mean there is no more danger? ¿And what if I don´t hear or see the last strike?

Nowadays, it is well known that this calculation is way too imprecise and, according to statistics, most of the people wounded by a lightning strike were impacted before or after the thunderstorm, but never during one. The fact that people wrongly think they are out of danger simply increases the risk of an accident.

Even though it is widely known that this system is not reliable, it is still recommended, mainly through lack of knowledge. Only reliable lightning detection systems are able to alert effectively about the risk of a lightning strike.

It is important to differentiate between reliable systems, based on advanced technology and with a scientific basis, and methods which are part of popular knowledge. The people in charge of making decisions relating to security in public spheres, in large agglomeration events or outdoor work places, should base their decisions on reliable data and use effective systems. Why the 30/30 rule is not good advice that should be used to protect ourselves from a lightning impact?

To understand why the 30/30 rule should not be followed, it is necessary to briefly explain what shortcomings and problems this preventive method presents:

In fact, there are some studies like Some Aspects of Global Lightning Impacts from the researcher Ronald L.Holle, which shows that more than 80% of injuries and deaths caused by lightning, occurred outside the storm area. For this reason, it is not recommended to only consider the location of a lightning bolt. It is necessary to evaluate both fields, electrostatic and electromagnetic, so that the lightning detector is capable of identifying the risk of a lightning strike either far away or close by.

Keeping track of the number of lightning bolts and thunder could become complicated in some conditions and situations. For example, counting the seconds between a lightning bolt and thunder requires that there be no interfering noises (which in an industrial setting could become quite complicated) and, moreover this would mean we have to keep our eye on the sky, impending us from carrying out other activities.

The greatest advantage of a technologically advanced lightning detector is that, through the measurement of the electrostatic and electromagnetic field, the data obtained is accurate and specific and once the risk is gone all the alerts can be withdrawn instantly.

How does a reliable lightning detection system work?

Furthermore, the combined action of the two sensors allows to reduce any downtime, which results in a substantial and important cost saving in many industries.

The ATSTORM lightning detector, is the expert local system to prevent risks associated with lightning strikes

This system developed by Aplicaciones Tecnológicas, enables detection in all stages of the storm. This device monitors both electromagnetic and electrostatic fields, providing greater anticipation in the localized risk of a lightning strike.

On another hand, the electromagnetic field sensor enables the detection of lightning bolts in active thunderstorms approaching the target area at a radius of up to 40 km.

In the case of ATSTORM, the risk alerts are received through multiple channels: phones, tablets, web portals, emails and even through the remote operation of warning devices. This makes the control of risks as well as decision making easier for the people in charge of safety.

If you would like to have more information about the ATSTORM lightning detection system, you can request an appointment with one of our experts.