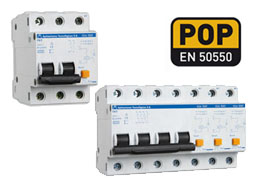 According to the specifications described in the European standard EN 50550 – Power frequency Overvoltage Protection, our new surge protection devices, IGA TEST series, have been certified by ÍTACA, official and independent Laboratory of Electrical Safety.

As a summary of the EN 50550 standard specifications, overvoltage protectors may actuate on circuit breakers or on residual current devices. It is essential that they act with a delay in order to avoid incorrect triggering. The standard fixes a minimum non-actuating time of 3s for 275V and a maximum break time of 0,2s for 400V.