Is there any relation between pollution, climate change and a possible increase in thunderstorms? 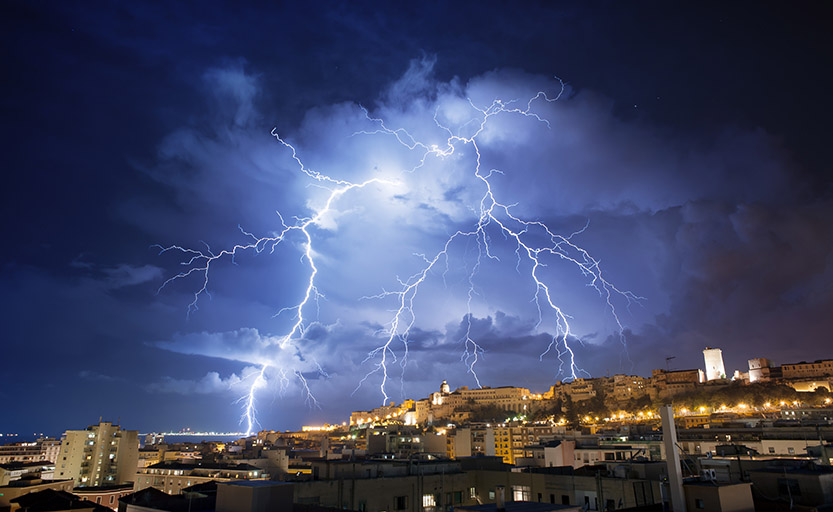 Nowadays, around 25 million lightning strikes impact the earth every year. In relation to the frequency of the lightning strikes, some research studies point out that the heat and a rise in temperature are related to cloud electrification. In fact, it is known that during the summer, thunderstorms are more frequent.

This reasoning could make us think that if the climate change produces a global rise in temperatures, an increase in lightning events could be produced.

However, could global warming actually be producing an increase in lightning? Is there data that verifies the connection between pollution and strikes?

In recent years, scientific studies which help to clarify this issue have been published. In the following, we are going to highlight two of the most outstanding pieces of research on this matter:

A research team at the University of California, Berkeley, led by the scientist David Romps, has published in a magazine called Science, the result of their piece of research under the title “Projected increase in lightning strikes in the United States due to global warming”.

This piece of research was carried out in the United States, collecting the data offered by the National Lightning Detection Network NLDN during a year. As a result of the analysis, they concluded that the number of strikes increments an average of 12% for each degree that the global air temperature increases.

According to researchers, if the rise in temperatures keeps its current pace, at the end of the 21st century we could have 50% more lightning than at present.

The influence of maritime traffic on the frequency of lightning

The scientist Joel Thornton, from the University of Washington, has led a piece of research that has been published in the Geophysical Research Letters magazine, under the title Lightning enhancement over major oceanic shipping lanes.

During 12 years, between 2005 and 2016, this investigative team devoted their time to map and compare the World Wide Lightning Location Network WWLLN data regarding lightning in Asia. They compared maritime regions in Asia with identical climatic conditions, some areas were commercial routes with a lot of maritime traffic, and some nearby areas without any shipping lanes. The scientists discovered that there is double the amount of lightning strikes in the commercial routes of South China and the Indian Ocean than in other nearby areas which have a very similar climate and which are separated by only 100 kilometres.

As a consequence of the conclusions reached in the study, the scientists hold the hypothesis that the air pollution produced by the emissions of merchant ships is producing a rise in the lightning strikes in seas and oceans.

Although these studies seem to indicate that thunderstorms will increase in the future, until now scientists have not been able to claim when this situation would occur.

Following the research studies, lightning detection networks continue to improve their effectiveness as well as to monitor new areas. This is something that could influence in the increase in number of lightning strike detections.

However, perhaps it is too soon to claim that a connection actually exists between the rise in lightning bolts and global warming. At Aplicaciones Tecnológicas, we will continue to follow with great interest, all of the research studies regarding this matter, which will most likely intensify in the coming years.

In spite of the apparent increase of lightning bolts in relation to past decades, the damages produced in cities that have protection systems have been notably reduced. Fortunately, the implementation of new technologies against thunder strikes have contributed to a greater security for people and infrastructures.