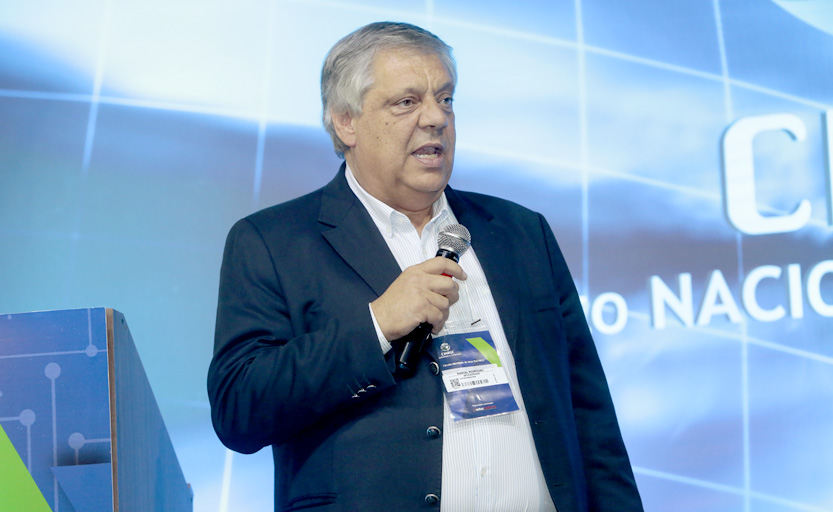 CINASE, National Circuit of the Electrical Sector, is the travelling technical event in Brazil that aims to bring together different experts from the electrical industry to discuss and present the progress made in the technological market.

The CINASE congress is held annually in Brazil and in this 2018 edition it is going to take place in the cities of Fortaleza, Canoas, São Paulo and will end in Rio de Janeiro in November.

This year, CINASE holds its eighth edition with the title “A trip through electrical installations”. In this recently held edition in São Paulo, the engineer Manuel Antonio Rodrigues, who is responsible for the Aplicaciones Tecnológicas Portuguese branch, has participated as a speaker in the convention to talk about the thunderstorm early warning system in the field of protection of open areas against lightning according to the international regulations IEC 62793.

This thunderstorm warning system allows the prevention of lightning strikes with anticipation so we can implement preventive measures to minimize damage, allowing protection of people, animals and equipment. During the congress, the visitors could get in direct touch with the ATSTORM solution, the thunderstorm warning system developed by Aplicaciones Teconológicas, at the exhibition area offered at the event.

Brasil is one of the geographical areas in the world which is most affected by lightning strikes. There are 57.8 million lightning bolts, 130 lives lost by lightning strikes and 500 people injured registered every year. From these accidents, 85% occur in open areas, for this reason it is vital to use not only the traditional lightning rods, but also other individual and collective ways of protection through technological innovations that allow us to protect goods, people and animals, anticipating these weather events.