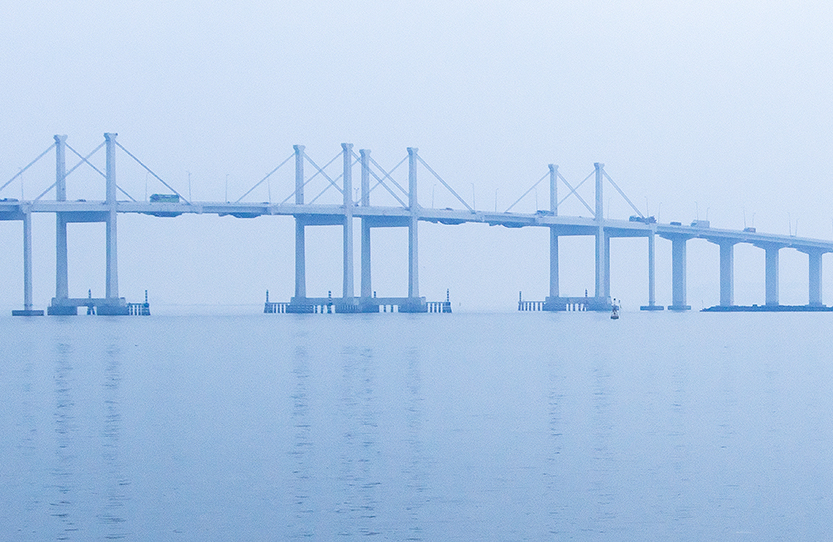 Aplicaciones Tecnológicas has protected, with a total of 19 DAT Controler® Plus Air Terminals, the world’s longest bridge over water, connecting Hong Kong with Macao and the city of Zhuhai, in southern China.

The structure of this great civil engineering project has a total of 55 kilometers in length and connects three of the most densely populated cities in the area. The bridge consists of three different parts: one part built on pillars, another as a suspension bridge and finally a tunnel linking the different sections through two artificial islands.

The Hong Kong-Zhuhai-Macao Bridge is located in an area that is often hit by natural phenomena, which has been a major technological challenge for the engineers responsible for the project. The DAT Controler® Plus 60 of Aplicaciones Tecnológicas, the Early Streamer Emission air terminal with the largest possible protection radius according to the standards, has been selected to protect the gigantic structure.

The DAT Controler® Plus Air Terminal has the best guarantees of operation. It meets the requirements of the latest editions of lightning protection standards and even go beyond them with exhaustive quality control, more severe current tests and demonstration of operation under rain.

For more information, download the DAT Controler® Plus Data Sheet