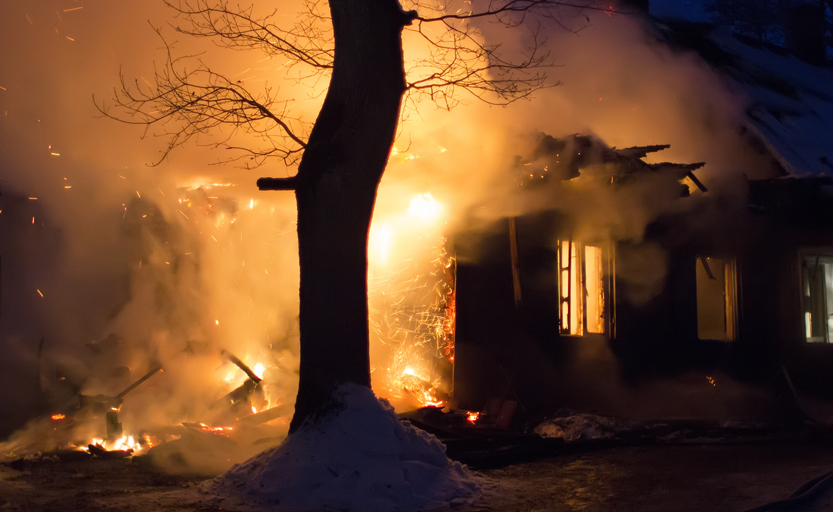 Lightning causes significant damages and losses all around the world, especially in those areas with higher frequency of thunderstorms and during the summer months. It is estimated that there are about 2,000 active storms every day and that approximately 40 lightning strikes per second on Earth, which means about 1200 million strikes per year. Some researches suggests that there could be an increase in thunderstorms due to climate change and pollution.

The increase in costs derived from lightning strikes has caused concern in insurance companies, which have detected an increase in claims and payments related to consequences of thunderstorms. According to information from the Insurance Information Institute, insured losses related to lightning have increased significantly.

Losses caused by lightning in the residential sector. What role do insurance companies play?

Lightning produces incidents in structures, in the electrical network and in domestic equipment in homes which are not effectively protected.

In the United States alone, insurance companies pay around $800 million each year for damages caused by lightning in residential properties. On average, each claim involves approximately $7,000 as compensation for the losses suffered.

Each accident caused by lightning can generate the following consequences which will obviously become costs insurance companies must pay:

In homes, more and more electronic devices are used which are extremely sensitive to transient overvoltages caused by lightning. The way to protect these devices is the installation of a lightning conductor system, an adequate ground connection and surge protectors.

Sometimes, insurance companies reject accidents caused by lightning, justifying that the fault in electrical equipment has not been caused by an overvoltage induced by lightning strikes. In this sense, it is very helpful to have a lightning counter such as ATLOGGER from Aplicaciones Tecnológicas that registers the number of lightning strikes and the moment in which they occurred. The ATLOGGER lightning strike counter is installed on the downconductor of the lightning rod when there is an external lightning protection system, but in the case of transient overvoltages, a lightning counter is the best solution to be able to demonstrate the real causes of the power failure.

Besides, in some European countries the insurance cost is considerably reduced if there is protection against lightning in the homes, since this protection guarantees that the expenses derived from claims in home insurance are reduced.

Losses caused by lightning in the industry: industrial insurance and protection against lightning In the industry sector, a lightning strike can have more serious consequences than in a private home. The impact of lightning strike implies risk for workers, the storage of flammable material or electronic equipment, which could be damaged by surges caused by electric discharge.

Therefore, it is essential to install an effective high-tech lightning protection system that guarantees adequate protection and conducts the electrical discharge to the grounding system safety. This is especially important in industries that are far from urban centres, since due to their isolation, they do not benefit from the protection that could be provided by other contiguous higher buildings.

In addition, when industries have complex electronic devices that control machinery, it is very important to use surge protectors that protect them from the overvoltages caused by lightning current in the electrical network.

Some insurance companies specialized in industrial insurance require the existence of protection against internal and external lightning, since this is only way safety requirements can be guaranteed. However, it should be noted that each country and each insurance company establishes its own standards.

For example, in France insurance companies recommend hazardous industries or those handling flammable products to install a lightning counter as a control measure. The lightning counter registers the electrical activity, complementary to the lightning rod, but does not provide protection against lightning by itself. Its function is to count the number of lightning strikes, their amplitude and the exact time and date. Losses in industries caused by lightning can have minor or very serious consequences:

Regarding the insured company, some losses are very difficult to calculate in economic terms and difficult to prove, such as data losses. Therefore, the best insurance is always a good protection.

If you need a lightning protection project, contact us, our engineers will advise you.