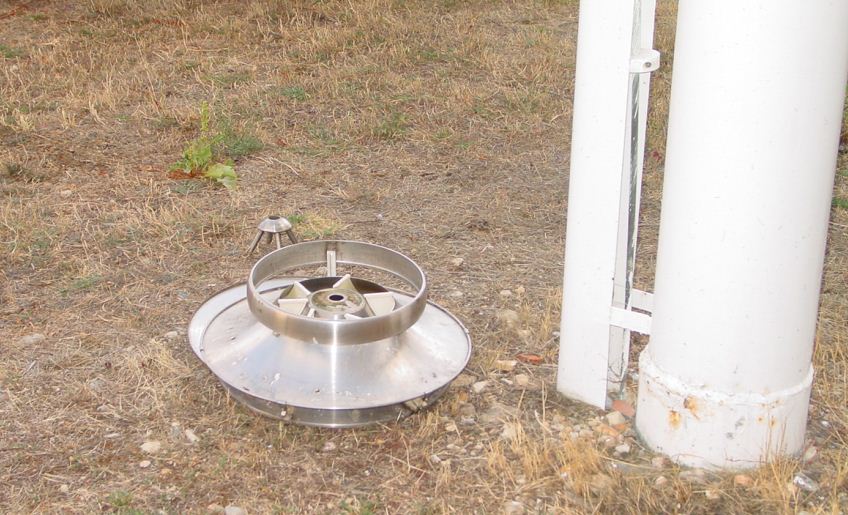 Radioactive lightning air terminals proliferated mainly in the late fifties and during the sixties; in some countries are still used today. They are based on the idea of ionizing the air using radioactive sources thus increasing the protection radius of the air terminal. However, its efficiency was never demonstrated and no normative or test was approved for determining this protection radius. Besides, the problem was obvious: uncontrolled radioactive source, installed in accessible locations and close to people. Many regulations forbid now its use.

The removal of these devices shall always be performed by qualified personnel in radioactive wastes. The whole lightning protection installation shall be taken away since the down-conductor may also be contaminated. Once removed, the air terminal can be replaced by an Early Streamer Emission air terminal, since they do not use any element that could endanger people or the environment and whose protection radius is determined following tests that are described in standards that, besides, regulate their installation.