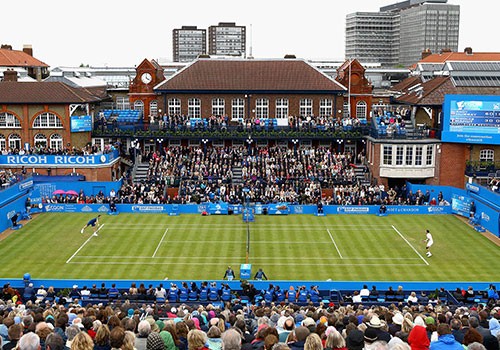 The Queen's Club, one of the most prestigious sports clubs in London, has completely renewed its lightning protection system and has relied on our early streamer emission (ESE) air terminals to ensure the safety of facilities and attendees.

Since 1890, this sports club has held the Queen's Club Championship, the ATP World Tour 500 series tennis tournament, among many other championships. It is a facility with a great historical and cultural value and it is attended by thousands of spectators and athletes every year. To guarantee their safety and to avoid damages and fires that can be caused by a lightning strike on the premises, the club has been equipped with five DAT Controler® Plus lightning rods.

Our DAT Controler® Plus lightning rods are designed according to national and international regulations and guarantee their operation in rainy conditions, with an isolation of over 95%.

The project of renewing the lightning protection system is part of the extension of the club itself, which will have 2,000 more seats for the next Aegon 2017 Championship in June this year.

In open spaces, such as tennis courts, football stadiums and, in general, places with a lot of public, it is advisable to take extreme security measures. In addition, having advanced information on the formation of electrical storms ensures safety, being able to activate preventive actions.