An air terminal for the 21st Century 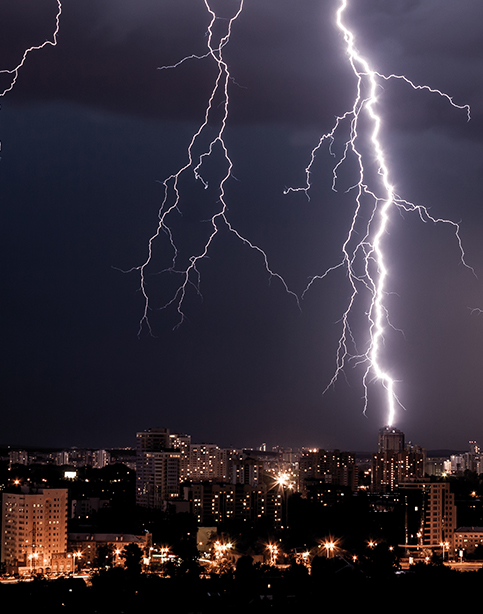 End of the 18th Century. Discovery of the electrical nature of lightning and the possibility of avoiding its damages by giving the lightning current a path to ground. This led to the installation of air terminals, down-conductors and earthing on the highest and most important existing buildings, thus avoiding many of the personal and economical damages caused by fires and breaks due to lightning.

19th Century. The use of lightning air terminals spreads widely, and then many failures are detected in practice with respect to theoretical model. Different solutions for calculating the protected volume are proposed.

20th Century. Thanks to the knowledge and technology developed during this century, the study of the physics of lightning starts: lightning formation and development, its parameters, its discharge mechanisms and effects. Meanwhile experience showed, often severely, that the provisions about the zone protected by the air terminals had been overly optimistic.

Which solution was then adopted? To multiply the number of possible points of impact and to diversify the paths down to earth seemed to be enough.  However, this solution is often difficult to apply due to architectonic and mainly economic reasons.

Research continued, relying on technology and on the knowledge of the lighting formation procedure for optimizing the protection solution.

Since this period, which has been the biggest innovation in lightning protection?

The Early Streamer Emission (ESE) Air Terminals, for sure. Provided with robust electronic components, they represent a real step beyond Benjamin Franklin’s invention. An ESE air terminal is much more than a lightning strike point and it also provides a larger protection radius. These elements must pass several tests to ensure they meet the demanding standards they are subject to.

21st Century. Franklin's solution is today still employed in many places. But there is an increasing number of advanced technology air terminal installations that improve lightning control. Usually they are complemented with counters controlling lightning parameters (current, polarity, energy, date and time) and with local storm detectors warning about the risk of lightning before it strikes, thus preventing certain hazardous activities in case of high risk of lightning.

To sum up, new solutions use the latest technology to improve the effectiveness of lightning protection systems, thus enabling resources optimization, minimising environmental impact, providing a non-invasive design and, most importantly, providing security.