Can lightning occur without rain? 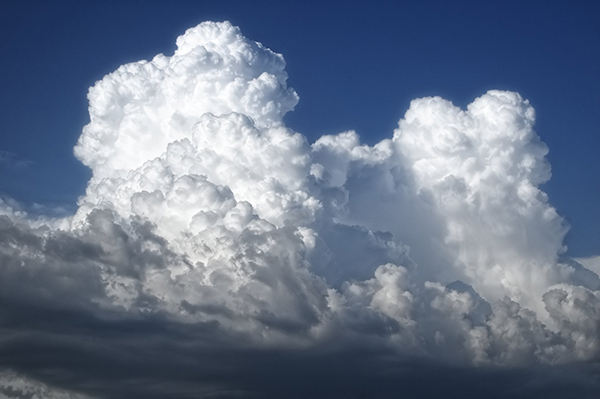 We have recently received an email enquiry and even though it might appear straightforward, its response is more elaborate that it may seem:

“Can lightning occur without rain?”

Here is a brief explanation:

Cumulonimbus are clouds related to storms.  Because of its configuration, some electrification mechanisms are produced within this type of clouds which may lead to lightning formation.

While it is true that the mechanisms of electrification and precipitation can interfere between them, they are actually independent mechanisms with local influence. This means that within a specific area of a cloud there can be a build-up of electrical charge enough to make lightning occur whereas precipitation might not yet be in a mature phase or it might be happening in a different area.

Besides, there are other mechanisms which can also cause electrical charge to build up under certain conditions. As a consequence of this electrification, lightning can occur.

Examples of these other mechanisms could be:

·         Volcano eruptions, because of the high temperatures

·         Changes in airquality, due to either local or transported air pollution and also to certain ionization processes that develop in mountainousareas or on high structures under the influence of electric fields.

In conclusion: even though lightning under raining conditions is very frequent, it can also occur without any sign of precipitation.

In any case, it is important to make sure that installed lightning rods work properly under adverse weather conditions. Because of its design, the ESE air terminal DAT CONTROLER® PLUS clearly surpasses the requirements demanded by the UNE-EN 60060-1 standard. Our device has a test certificate for working under rainy conditions, proving an insulation higher than 95%.