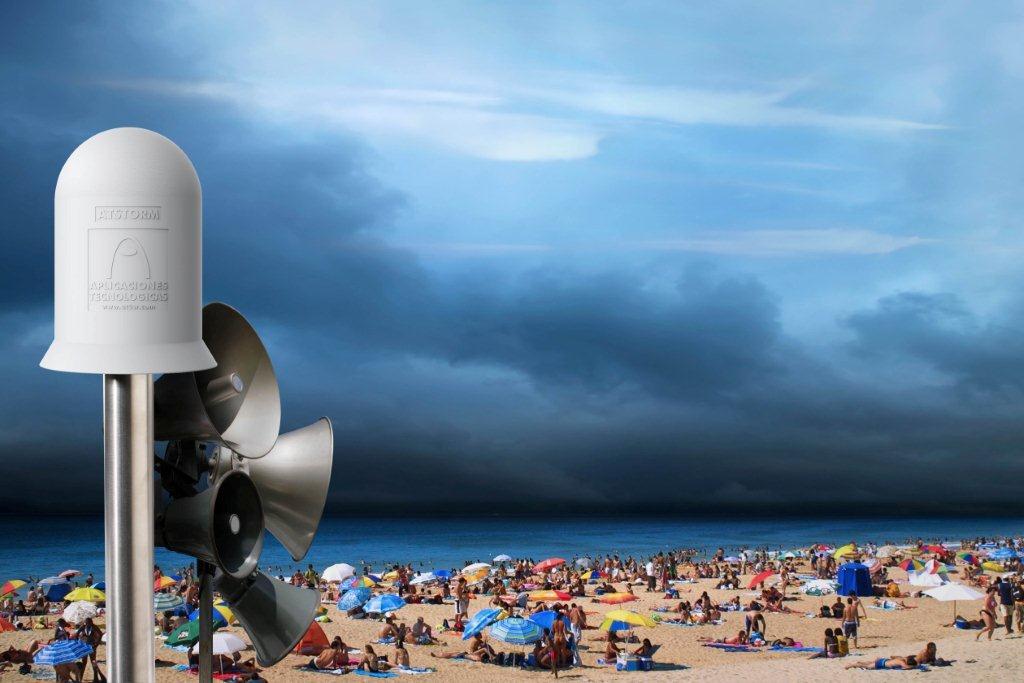 In early 2014, at the beginning of the austral summer, three people died by a lightning strike in the seaside city of Villa Gesell, on the coast of Buenos Aires. The storm also left more than 20 injured. Witnesses say it was a cloudy day but not stormy. At the place where the victims failed there were metal frame tents on sandy soil.

The tragic event has opened an important debate in Argentina about the necessity or suitability of installing lightning protection on the beaches and resorts. As often happens in these cases, many supposed experts have affirmed that air terminals would "attract more lightning", which is not true. Others have argued, more accurately, that the amount of air terminals would be enormous and, furthermore, they would not prevent step voltages, that have actually caused the fatalities.

For this type of spaces, the safest, most effective and achievable solution is preventive protection. Installing thunderstorm warning systems we can have information well in advance about the existing hazard, thus taking the appropriate measures that will be, in this case, the evacuation of the beach. The storm detector ATSTORM.V02 is able to detect the storm even during its formation, before the first discharge occurs, and it is fully electronic, without mobile parts that could clog or deteriorate causing alert failures.