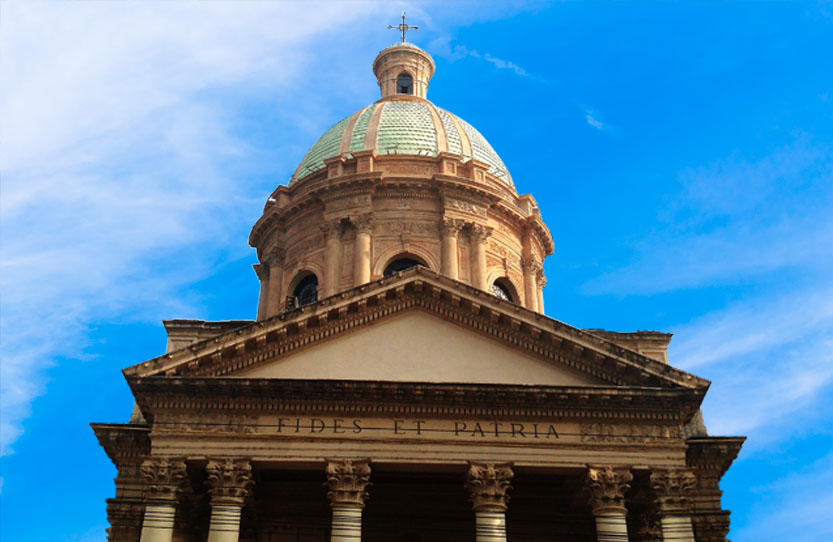 The National Pantheon of the Heroes and Oratory of the Virgin Nuestra Señora Santa María de la Asunción is an emblematic building located in the capital city of Paraguay which, at the moment, is under restoration.

Due to its great architectural and patrimonial value, guaranteeing the safety of this construction is essential and that is why the building has been equipped with an ESE lightning arrestor from Aplicaciones Tecnológicas. This lightning rod is certified according to the current regulations and is completely autonomous allowing for in situ verification status.

The monument, built in the 19th century, is the mausoleum of the country, where the mortal remains of some country’s heroes in history were laid to rest. Due to this it is part of the points of tourism interest of the city of Asunción and now, thanks to the products of Aplicaciones Tecnológicas, is protected against atmospheric discharges.