Railway accident in China: how to protect trains against lightning 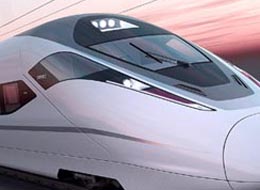 The lightning discharge resulted in an overvoltage that caused a failure in the electrical and electronical systems, stopping the train and disabling the communications. Surge protection devices such as ATPV and ATLINE avoid the serious damages caused by thunderstorms.

The recent disaster caused by the collision of two trains in China highlights the need to install lightning protection systems in means of transport, thus preventing risks to people, equipment and installations.

A train is a metallic structure, equivalent to a conductive mesh, and therefore a direct lightning strike does not cause damages to the vehicle structure. However this does not avoid the overvoltages to the electric lines, which can damage or even disable the internal equipment, as happened in the case of the Chinese high velocity train.