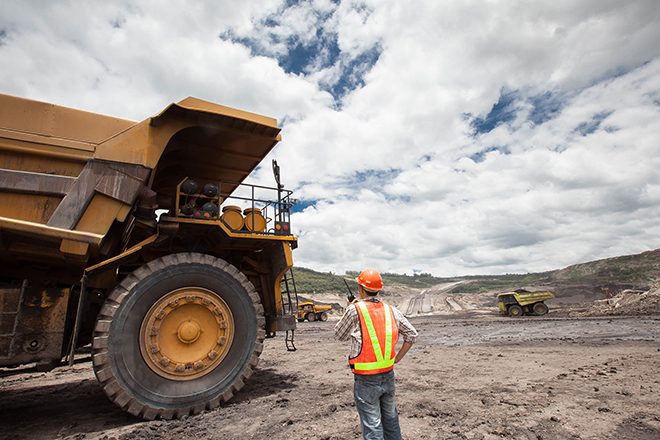 Thunderstorms are unavoidable natural phenomena that pose serious threats to goods, services, environment and even cause death to people. The mining industry is really vulnerable to these meteorological events due to the fact its operations take place in open areas and the activities involve the use of heavy equipment and the handling and storage of flammable materials, which increases the risk for employees (Occupational Safety and Health Administration, 2016).

According to a study conducted by the USA insurance company, a lightning strike can produce annual losses of over five million dollars (Hartford Insurance Co., 2006). A clear example in the mining industry was a lightning strike at the Porgera gold mine in New Guinea in 2006, which implied electricity shortages for over three months with daily losses for 700.000$ (National Lightning Safety Institute, 2008).

However, economic losses are just one of the many consequences of a lightning strike in the mining area. Other implications involved are environmental damages and loss of human lives.

Employees working in mining areas are one of the most affected by the risk of lightning strikes due to the flammable atmosphere where this work is carried out. The most dangerous tasks are the ones associated with communications, drilling and transport of material due to its location in the mine.

It is really important for the mining companies to be aware of the consequences of these natural events so they can take measures to reduce or avoid potential damages. To achieve this, experts suggest the combined use of technologies which enable an adequate prevention and protection against the risks of lightning strikes.

Experts agree that it is necessary to use early lightning warning systems which alert the people in charge of safety about the different thunderstorm stages (initial, growth, mature and dissipation phase) so they can take preventive measures such as the activation of generators, interruption of load preparations, delay of people crossing conveyor bridges or the activation of fire protocols.

The use of both sensors in an early lightning warning system such as ATSTORM® allows to reduce the time of inactivity, which results in important cost savings in many industries.

The inefficiency of the 30/30 rule

It is recommended to use a local early warning system instead of the traditional 30/30 rule which consists in stopping the activities during 30 minutes if the time between the beam and the thunder is less than 30 seconds. Despite of being a commonly used rule, its effectiveness is really limited.

Recent studies (Holle R., Lopez R.E., 1998) show that more than 80% of injuries and deaths caused by lightning occurred outside the area where the rain from thunderstorms is concentrated. For this reason, it is not recommended to only consider the location of the thunderstorm as this might be dangerous. On the contrary, the combined monitoring of the electrostatic and electromagnetic field provides information about local risk which is useful to prevent accidents.

In conclusion, an early local lightning warning system like ATSTORM®, developed by Aplicaciones Tecnológicas, is the most recommended system to increase workers’ safety in open areas. This technology allows to get reliable and accurate information avoiding accidents and saving costs of unnecessary interruptions.

To increase security, every mining areas should have lightning rods (ESE) as well as protection against overvoltages to protect the equipment, the structures, and the employees against forward and contact voltages.

The main advantage of this kind of lightning rod, unlike other systems, is that it emits a continuous upward leader with time of advance to anticipate the descent of lightning and capture it before any other object within its protection area. Consequently, its protection area is wider and the area where the lightning current is conducted and dissipated is better localized.

In the case of the DAT CONTROLER® REMOTE lightning rod with ESE, its design allows it to be  totally autonomous thanks to a remote monitoring system of the equipment without the need to access its location to check its correct functioning.

To conclude, mines have several characteristics which make them high-risk locations for lightning strikes. This affects the security of employees and the environment. The people in charge of these companies should be aware of the importance of using advanced technology to avoid these accidents.

In Aplicaciones Tecnológicas we have extensive experience in the mining industry, for example with the lightning protection and prevention of the world´s largest opencast iron mine. If you need advice in lightning protection, do not hesitate to contact us.