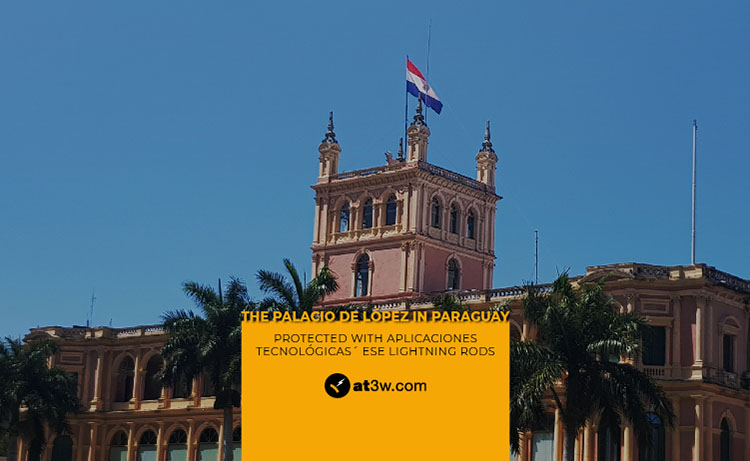 A lightning protection system with an Early Streamer Emission (ESE) air terminal from Aplicaciones Tecnológicas protects the seat of the government of the Republic of Paraguay: the Palacio de López, also known as the Government Palace or the Presidential Palace. The Palacio de López dates back to 1867 and is the first emblematic building in the Paraguayan capital, Asunción, and one of the most emblematic works carried out during that time.

Despite the fact that there is no clear evidence to show who its designers and builders might have been, most historical researchers attribute this creation to two architects that the second president of the Republic of Paraguay, Francisco Solano López, met after his trip to Europe.

Initially, the palace was designed by the Hungarian engineer Francisco Wisner von Morgenstern and built under the direction of the English architect Alonso Taylor from 1857 to 1867. For several years, Palacio de López has maintained a neoclassic style with certain Palladian influence, although it later had to be remodelled due to the destruction it suffered during the War of the Triple Alliance.

The importance of protecting historical buildings

Thanks to the lightning rod along with the rest of the elements that make up an integral lightning protection system, it is possible to capture the lightning and conduct its descent to control the impact of the discharge and provide the lightning current with a path to earth without damaging the protected structure.

If you want more information about lightning protection systems with ESE devices, you can contact us by using the form on this page.