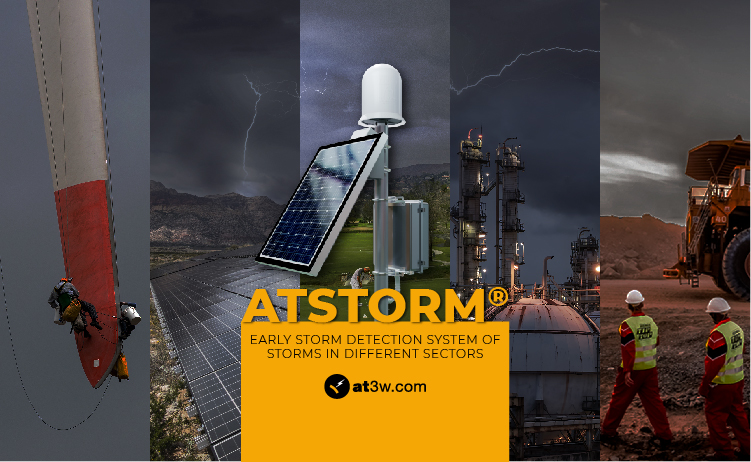 Companies with assets, material or personnel, at the mercy of electrical storms have, or should have, a protocol of action and preventive plan in case of electrical storms risk. Sometimes this protocol does not exist, or if it is available, it could be improved, since, on many occasions, the decision to continue or stop the works is made in a subjective way, without a storm detection system, which is why certain decisions may not be correct.

If we take the area to be protected as a reference point, storms can be classified into two categories:

In the case of a storm (either approaching or forming), the most common thing to do is to interrupt certain work. Hence, the types of interruptions can be classified as follows:

The purpose of an early warning system with local monitoring of lightning risk is to provide objective information on storms in formation or approaching the place, so that it can indicate

Many of the potential users understand the usefulness of being aware of the risk of lightning strikes in advance, but, on the other hand, they do simply not know what could be the actions to be carried out with this information.

This document explains some of the preventive actions that are already being carried out in different activity sectors, using the ATSTORM® early detection system of Aplicaciones Tecnológicas, from two perspectives:

Furthermore, it should be noted that ATSTORM® output in terms of risk level is not “all/nothing”, but gradual: no alert / alert 1 / alert 2 / maximum alert, so the actions to be taken could vary according to the alert level at that moment. 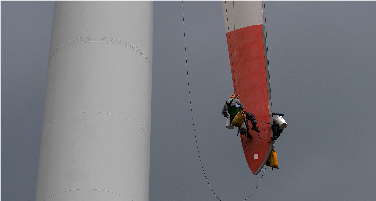 The protocol does already exist and basically consists of evacuating staff from the wind turbines and, in some cases, even from the substation. The step-by-step information provided by ATSTORM® allows key decisions to be made in order to take action, for example:

In the wind sector, interrupting any work on the field when there is no real risk of electrical storms involves costs that can be very high: firstly, the interruption of production, but also the costs of stopping cranes, staff, etc.

For example: if a wind turbine is stopped for maintenance work, and an electrical storm is formed or approaching, being able to resume work at the right time, thanks to a good storm detection system, could mean leaving that wind turbine repaired and in operation on the same day. In this case, if we consider a price of 40 € / MWh and a period of 15 hours (time lost compared to if the repair was completed the next day) we get 600 € of savings in a single night, in a single wind turbine. 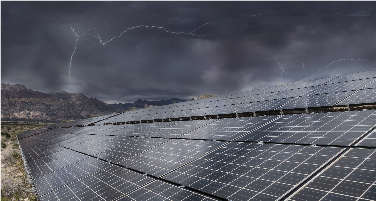 The photovoltaic sector is tending towards increasingly larger projects (it is common to see projects of more than 200 MW). This leads to larger extensions and more employees. The protocol exists and basically consists of evacuating workers and in some cases, even from the substation.

With the gradual information provided by ATSTORM® other decisions are made, in an objective manner, such as: 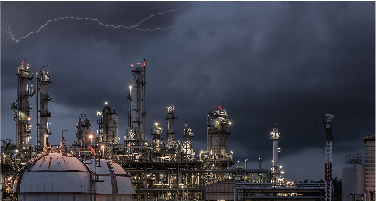 Many companies in this sector do not have a clear protocol for dealing with the risk of electrical storms. A particular case is when plant shutdowns are carried out, either totally or partially, where hundreds of people arrive to congregate for weeks at a time. In this situation, and in the face of an electrical storm, the risk and possible operational inefficiency is considerably increased.

Actions that could be carried out, either during normal activity or in the case of a stop, are: 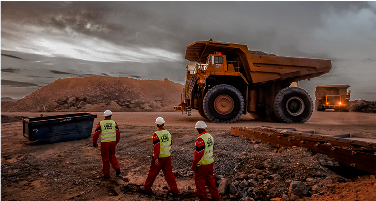 The mining industry is one of the most susceptible to risks from electrical storms, as they often operate in open areas and involve the use of heavy machinery and the handling and storage of flammable materials, increasing the risk to employees. In addition, it usually houses a large number of workers, both during the construction phase of the mine and during its operation, and all of this in workplaces with flammable atmospheres.

When workers in a mine stop working due to an electrical storm, any excess downtime results in very high losses: for example, if 1,000 workers stop for 1.5 hours too long due to an incorrectly set alarm and without risk, the mine would lose 1,500 working hours unnecessarily. Having an efficient storm detection system allows the duration of the alarms to be adjusted to the actual storm conditions, without excesses that generate costly unproductive stops.

Some actions that can be carried out in this sector would be: 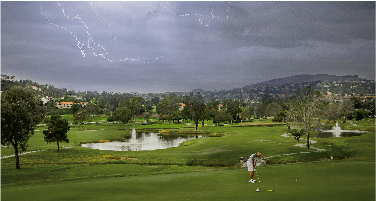 The need for early storm detection is evident in those outdoor activities that, in addition to preventing damage to infrastructure, must ensure the safety of workers and all those people, in some cases in large numbers, who participate: the public, athletes, etc.

A clear example of this need can be seen in sports events, such as golf. Two data from the American National Lightning Safety Council give us some clues: the first is that the annual average of deaths on golf courses worldwide is 13 people, most of them due to electrical discharges caused by storms. The second data is that, in the United States, 5% of all deaths caused by lightning strikes occur on golf courses.

Local storm detection allows to prevent occupational and personal risks derived from lightning strikes. The application guide to determine the need for a detection system, as well as the existing types, are described in the UNE-EN IEC 62793 standard.

The monitoring of the electrostatic field allows to detect the formation of storms on the area to be protected with several minutes in advance, as well as their dissipation, allowing to optimize the downtimes.

Other features that make ATSTORM® storm detection system a highly innovative and effective product are:

It also has an automatic system by means of remote relay modules that make it possible to activate/deactivate the alarm systems, sirens, signals, etc. This gives total flexibility to the management of alarms in real time.

The measurement stations have solar panels for total autonomy, as well as integrated batteries and additional AC supply that acts as a backup system ensuring continuous operation.

If you want to know more about the ATSTORM® storm detection system you can use the following link to contact us.