Seminar about transient and permanent overvoltage protection according to Endesa requirements 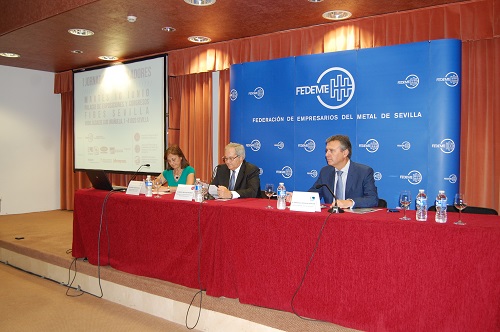 Aplicaciones Tecnológicas, S.A. takes part in a conference for installers.

The Federation of the Metal Trades Employers' Associations organized last 10th June in Sevilla (Spain) de I Conference for Installers, with the presence of the General Director of the electricity company Endesa Andalusia and an important member of the Regional Government. One of the most important Seminars was the one presented by Aplicaciones Tecnológicas, S.A. Technical Department Manager about surge protection according to the Endesa requirements.

Endesa is one of the biggest electrical companies in Spain. It has recently published a handbook where the protection of power lines against overvoltages due to lightning is prescribed. For electrical installers this is generally a little-known subject, thus there is an interest for knowing such prescriptions and the damages that these surges can cause and how to protect the equipment against their effects.