Permanent overvoltages: What are they, what damage can they cause and appropriate types of protection 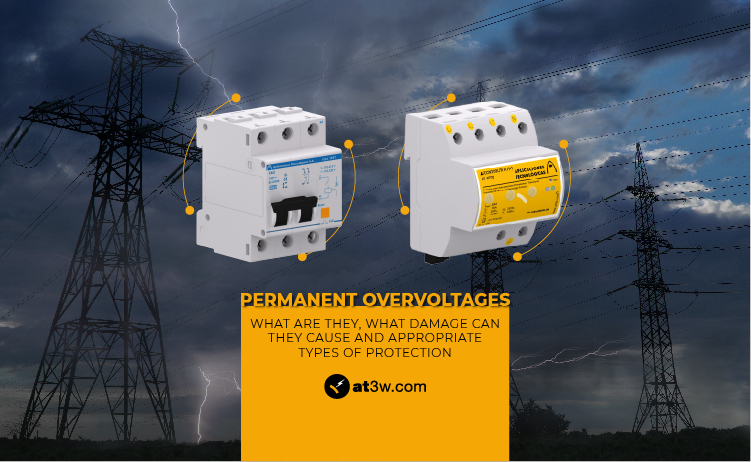 Aplicaciones Tecnológicas offers a wide range of products to protect installations and equipment against permanent overvoltages. This type of surge, unlike transient overvoltages, can last for an indeterminate period of time, causing significant damage to the equipment connected to the network, such as its deterioration or even destruction.

What are permanent overvoltages?

Permanent surges, either temporary or maintained, are voltage increases above 20 percent of the nominal value of the distribution network that are maintained for several cycles or permanently. They are due to phase imbalance, usually caused by a break in the neutral, defects in the connection of the neutral conductor or faults in the transformer stations.

What is the difference between permanent and transient overvoltages?

The main difference between transient and permanent surges is their origin and duration. Transient overvoltages are very short duration (milliseconds) voltage increases, measured between two conductors, or between the conductor and the ground. They can be caused by atmospheric electrical discharges (lightning), switching processes or faults (earth contact or short-circuit).

On the other hand, permanent or maintained surges are voltage peaks over a longer or even undetermined period of time. They occur due to phase imbalance, usually caused by problems in the electrical distribution network, or by faults in the connection of the neutral conductor or breakage of the same.

What damage can be caused by permanent surges?

Electrical installations are the most likely to be damaged by permanent surges. The long duration of the overvoltage can lead to the loss of service of the connected electrical devices and electronics. This high voltage affects the equipment, reducing its useful life, and can even overheat it to the point of causing irreparable damage or even spark a fire.

The best way to protect an electrical installation from the effects of this prolonged rise in voltage is to use specific protectors against permanent surges. Thanks to these protectors, which detect the voltage fluctuation in the electrical network, the equipment is disconnected from the network before the overvoltage can cause damage.

The permanent surge protectors manufactured by Aplicaciones Tecnológicas can be divided into two branches: 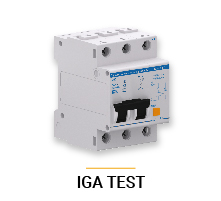 Its main features are:

Protection which can be assembled to other breaking elements: 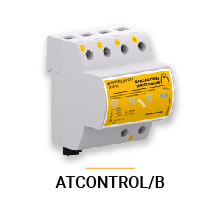 Its main features are:

How to choose the right model?

In order to correctly protect any installation, Aplicaciones Tecnológicas published a surge protection selection guide that allows to choose the right permanent overvoltage protector by answering a few simple questions:

To learn more about products related to permanent overvoltages, access this page.