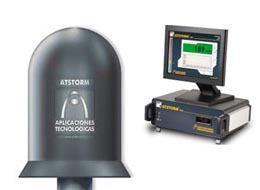 A cyclist died and several hikers were injured, together with many other incidents caused by lightning during summertime

Summer is typically a time for enjoying holidays and open-air activities. But it is also, in temperate zones, the season when cumulonimbus convection clouds are formed: the typical storm clouds producing lightning. During these storms it is hazardous staying outdoors, especially in cleared areas without trees or structures, where a person is the highest point and therefore the preferred one for lightning impact.

During the last month, news have arrived about a cyclist that died due to a lightning strike near Barcelona and also about several injured hikers in one of the Azores islands. To prevent these tragic events it is important to be aware of the weather forecast and, for areas with usual outdoor activities such as golf fields or amusement parks, having storm detectors in order to take the necessary precautions.

Inside structures, a lightning protection system may avoid damages to buildings, equipment and people. But it is essential to keep in mind that protection is not complete if lines entering the structure are not protected. Recently, for example, a flash stroke the City Hall of an important Spanish city, which was provided with external protection but not with surge protection. The structure was unharmed but the clock stopped during several hours until it was manually reset. Fortunately, damages were not permanent